After cruising around on the bay for awhile, our boat docked on a pier in the middle of the water. It was here that we would hop onto a bamboo boat with a paddler for an up close and personal view of the limestone rocks. 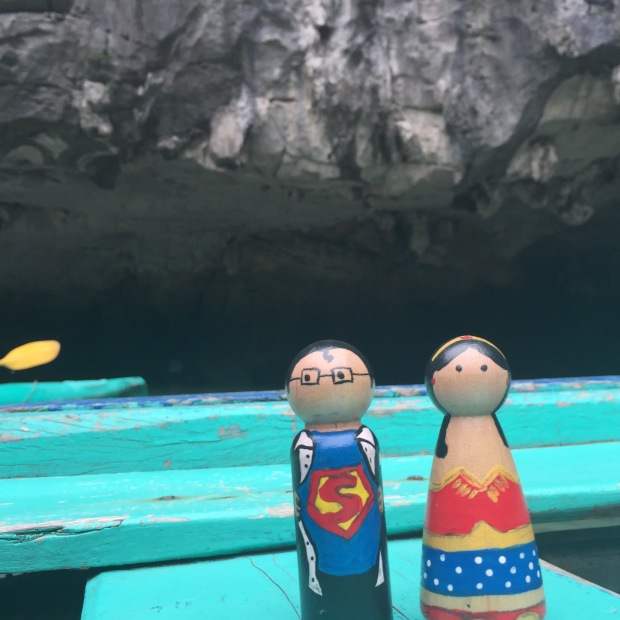 When we were boarding the boat, we heard a loud scream and a splash. It was another passenger from our boat who had fallen in the water. Luckily, when she fell in the water she didn’t hit her head and she came right back up. The family that was with her and one of the bamboo boat attendants were able to pull her up. She still boarded the bamboo boat so that she wouldn’t miss out on exploring the rock formations. You can see her in the photo above taking in the sites of the rocks.

The boats go through these small tunnels to go inside the rock formations. On the other side of the tunnel you can see a trio or duo of rock islands. 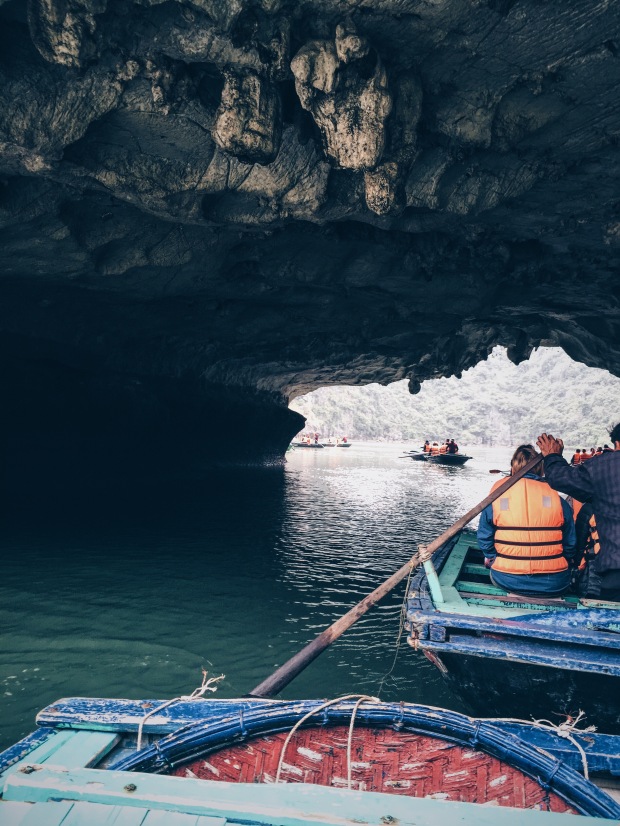 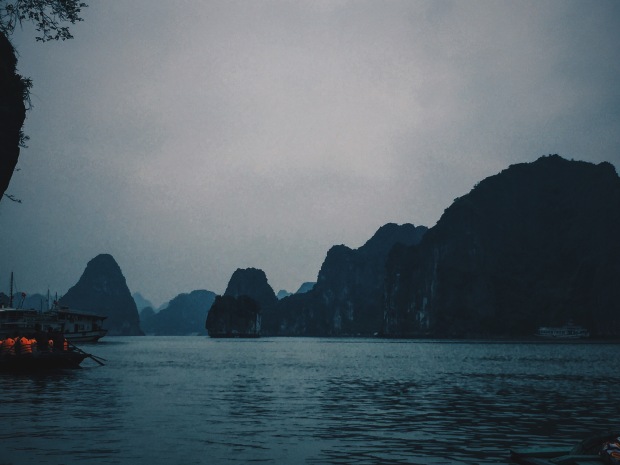 After our bamboo boat ride ended, we boarded our big boat again and set off for another docking place. This time we would take a hike up the mountain and explore the inside of a cave called Thien Chung Grotto. It was formed over thousands of years ago and contains a plethora of stalactites and stalacmites. The name of this grotto means “Heavenly Palace,” and it was discovered by some people seeking shelter from a storm. One of these men, saw a group of monkeys run down into a hole. When he dropped a rock into the hole, it took awhile before he heard the rock hit anything. He knew that the tunnel must lead to a big cave. When they climbed inside, they found a cave filled all these stalacmites (rocks growing from the ground toward the ceiling) and stalactites (rocks growing from the ceiling toward the ground). 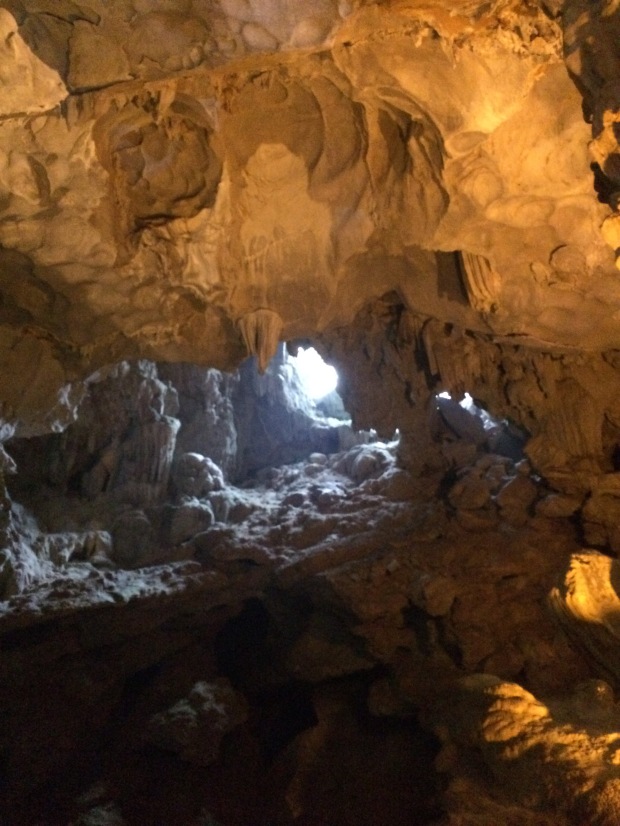 This is the original entrance to the grotto. It’s said that on really sunny days, bright rays of sunshine come into the cave through this entrance and this is why it’s named “Heavenly Palace.”

At the end of the grotto, you get a great view of the bay and the docked boats.

We really enjoyed our time on the bay and we’re glad we had the chance to see this special part of Vietnam. Sadly, our time in Hanoi was coming to an end. Our next stop is the ancient village of Hoi An where we’ll enjoy some time at the beach and exploring the village.